It goes without saying that the Australian macadamia industry’s greatest asset is its people. From growers and agronomists to processers and marketers, it’s their skill and drive that has taken the industry from strength to strength and put our product on a global stage. A substantial proportion of these roles are carried out by women. Whether one half of a husband-and-wife farm or a valued team member in a larger operation, women are heavily involved in vital functions across the supply chain.

While the enormous contribution of women to our industry is undisputed, recent consultation revealed an opportunity to do more to help women network and learn together, and address confidence gaps. These insights led to the development of a new Australian initiative called Women in Macadamias. A series of events which aim to provide a welcoming space for women in the industry, it recently launched in the major Australian macadamia growing region of Bundaberg, with subsequent events rolled out in other key growing regions as well.

The inaugural Women in Macadamias event was generously hosted by local Bundaberg grower Suzanne Fleming, who with her husband Bryce, owns and operates three macadamia farms in the region. It was the first time women from Bundaberg’s macadamia industry had come together in such a forum and it was enthusiastically embraced by everyone who attended.

Australian Macadamias industry development manager Leoni Kojetin said the initiative is part of a commitment to creating an environment that encourages women’s participation in industry and decision making at all levels. “For every man I meet in the industry I know there are two or three women who are just as invested in that operation as they are,” says Leoni.

“But there are several issues that women face in the industry, including a reluctance to ask questions, loneliness on farm, and a lack of confidence when it comes to safely operating and maintaining larger pieces of machinery.

“Many also feel they’d like an opportunity to have more of a voice within the industry. This initiative is all about uncovering how we can best support women and open up opportunities for them to be more involved in industry decision making and participation.”

The day took the format of an open forum which saw an array of topics raised that included everything from how men’s and women’s learning styles differ to global demand dynamics, cost of inputs, harvest practices, and carbon credit schemes.

Of note was a strong desire to increase female participation at industry events.

Host Suzanne Fleming said that while Australia’s macadamia industry is very inclusive, she often finds she’s the only woman present at industry forums and events. “Our farms are quite young, so I always have a lot of questions,” she said. “But if I’m the only woman, I tend to hold back from asking questions as I feel like I should already know the answers. Having other women there would really boost my morale and make me feel more confident.”

Others felt that seeing greater female industry participation requires a focus on encouraging young women to study agriculture, with several of the agriculture graduates present noting how few fellow females they’d had in their student cohorts.

“There aren’t enough women studying agriculture and coming through the system. It needs to start at a younger, grass-roots level,” observed one attendee.

“If you haven’t grown up exposed to the idea of working in agriculture, it’s hard to throw yourself into something like this,” said another. “If as a young girl you’ve never seen women operating and maintaining machinery, then it’s hard to know it’s an option for you as a woman.”

Also discussed was the importance of having supportive male colleagues. “Having male colleagues who are encouraging, prepared to offer their knowledge and open up opportunities is important, as is having some female colleagues who can relate to the challenges of being in a male-dominated industry and knowing that you’re not alone.”

Machinery operation and maintenance demonstrations were a centrepiece of the events. As Leoni Kojetin explained, “We really want this event series to improve the practical skills and confidence in our industry’s women. Many told us they lack confidence around larger pieces of machinery, so we created a safe and welcoming forum where they could ask questions and become more familiar with everything from pre-start checks to safety features, attachments and maintenance.”

The Bundaberg demonstration was run by two of the most experienced machinery operators in the macadamia industry, Di and John Vaughan from Macadamias Australia. John says while care needs to be taken around larger machinery, it’s not something to be feared. “Confidence will keep you safe. It’s hesitation that’s more dangerous,” he said.

Di Vaughan is a prime example of a confident female machinery operator, and according to husband John she is one of the best machinery operators Macadamias Australia has ever had. “Di knows how to operate and maintain every piece of machinery.”

“I was uncomfortable at the start,” shares Di. “But now I know how to confidently operate even the biggest machinery over the 1,000-hectare operation.”

It’s hoped the events will mark the start of a new chapter for the industry, in which women are more visible, vocal and accessible to one another.

“I’d love to see this continue for networking, putting faces to names and having other women to call and bounce ideas off,” said one attendee.

“We want to see women represented at all levels of industry, including leadership roles, and we want to showcase and celebrate the achievements of women in our industry,” says Leoni. “I don’t think any of us should ever feel alone; we’re all in this together. It’s about upskilling and meeting other women to rely on and network with.”

To see more of what happened at these landmark events, watch the event video here. 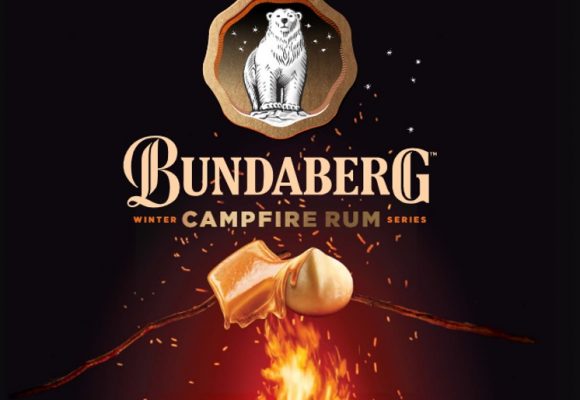 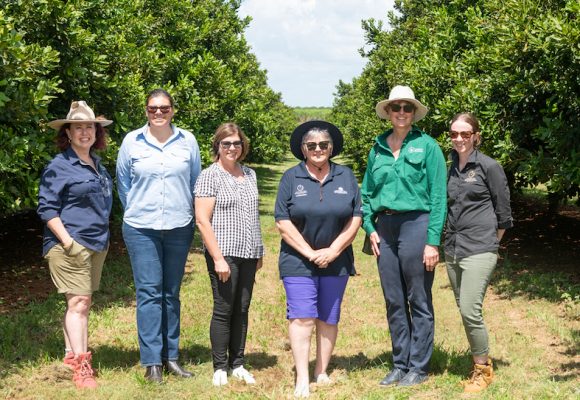 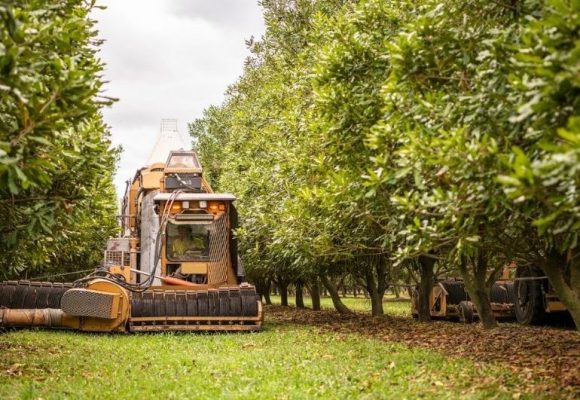