In 2003, 16 Spanish research groups began a long-term study designed to uncover the effects of the Mediterranean diet on preventing cardiovascular disease (CVD) in people at high risk of the condition. Known as the PREDIMED study, it ran until 2011, studying nearly 7400 older adults at high risk of developing CVD.

The findings of this and other studies of the Mediterranean diet have been significant, with positive outcomes for cardiovascular health identified, along with a host of other benefits for weight management, diabetes, metabolic syndrome and mental health.

Attendees of the 2017 Australian Nut Conference were fortunate to hear from two esteemed researchers with extensive knowledge of the health benefits of the diet.

Professor of Nutrition and Bromatology Jordi Sals-Salvado from the Department of Biochemistry and Biotechnology at Spain’s Universitat Rovira I Virgili provided global insights from the PREDIMED study.

Dr Catherine Itsiopoulos, Head of the School of Allied Health at Melbourne’s La Trobe University, and an international leader on Mediterranean diet research, then provided an Australian perspective on the latest nut health research.

Here we take a look at the key research findings on the many health benefits of the Mediterranean diet and zero in on some of the outcomes specific to the inclusion of daily nut consumption in the diet.

What is the Mediterranean diet?

The diet is based on eating primarily plant-based products including vegetables, fruit, whole grains, legumes, nuts, seeds, herbs and spices. It encourages frequent intake of fish and shellfish, moderate consumption of wine with meals, and low intake of red and processed meat, milk and milk products and simple sugars. Olive oil is encouraged as the main culinary fat.

How PREDIMED was conducted

The focus for those on the Mediterranean diets was to introduce changes to their overall food pattern, rather than focusing on particular foods or micronutrients.

A smorgasbord of powerful benefits

The study found the Mediterranean diet supplemented with virgin olive oil or nuts can deliver a host of health benefits related to CVD, diabetes, metabolic syndrome and brain health. These include:

More recently, an Australian study (The SMILES Trial, Jacka, Opie et al 2017) has shown that the Mediterranean diet with olive oil and nuts may offer a powerful means of combating depression.

As Dr Itsiopoulos explained, a study of people suffering from clinical depression saw 32% on the Mediterranean diet experience a remission in depression symptoms, compared to just 8% in the control group receiving standard care with no diet change. The more closely they adhered to a Mediterranean diet, the lower their score for depression and anxiety. These are significant findings.

Nuts: a powerful addition to the Mediterranean diet

The advantages of the Mediterranean diet are significant, however its effects appear to be even more marked when a daily 30-gram serve of nuts is incorporated. The Mediterranean diet plus nuts group in the PREDIMED study displayed some additional long-term health benefits that were not observed in the olive oil or control groups.

Never too late to change
The results of the PREDIMED study have had far-reaching effects, and are leading the shift from low-fat dietary advice to guidelines that recommend a high vegetable, high fat diet.
However, improvements in consumer habits are still needed, in Australia at least, with Dr Itsiopoulos highlighting some concerning trends revealed in the 2015 National Health Survey results:

Dr Itsiopoulos says dealing with that last point alone would be a good place to start. “Wouldn’t it be great if we just replaced our discretionary foods with healthy snacks, like nuts, dried fruit, fresh fruit or yoghurt – foods such as these that are part of a Mediterranean diet,” she said.
On the upside, Professor Sals-Salvado says one of the most important implications of the PREDIMED study’s findings is that it’s never too late to start. “The population of this study was aged from 55 to 80 years, so it is never too late to change dietary habits to improve our health,” he said.
Further details of the PREDIMED study and a full list of references can be found here. 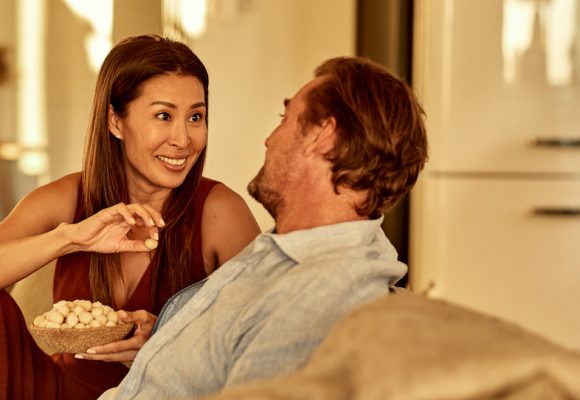 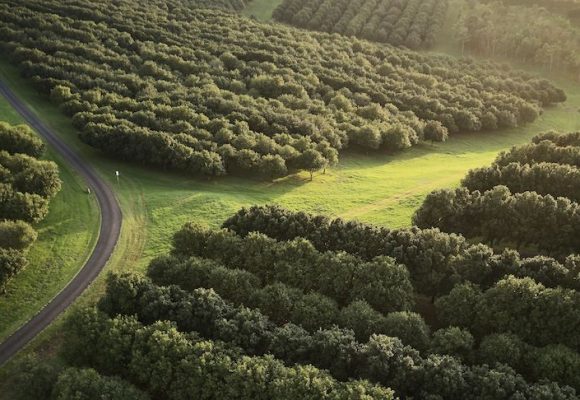