When Ann Leslie set out to create a product inspired by her family’s macadamia farm, her first thoughts were of food. But her research led her in a different direction when she discovered the anti-ageing power of macadamia oil, and many months of product creation and trialling later, Pure Nut Macadamia Skin Care was born.

With her macadamia grower husband Andrew, Ann has crafted a range of six face and body products, all containing premium quality Australian macadamia oil. Just a few months in, the brand is creating quite a buzz among Australian retailers, with strong interest from Asia as well.

A teacher, an accountant and a macadamia farm

The Leslie family moved to the Northern Rivers macadamia-growing region of New South Wales in 2008, looking for a tree change after many years living and working in Brisbane. Ann, a former teacher and Andrew, a former accountant, bought a working macadamia farm, which for Andrew, was a return to his roots.

“Andrew’s parents owned macadamia farms, so he has grown up in the macadamia business,” says Ann. “His Dad still has his original macadamia farm, plus a few more he’s acquired since, and his brother also has an orchard.”

In addition to growing macadamias, the couple has run a garden centre, wholesale nursery, café and gift shop on their property, and currently operate an on-site guesthouse. Throw four children into the mix, and it’s clear the Leslies don’t shy away from a challenge.

When one business closes, another opens

Ann had been heavily involved in running the family’s garden centre business, with its café and gift shop. When they decided to close the doors, she had a yearning to create something that was closely related to the farm. As a macadamia producer, she naturally began exploring ideas for food products. But the more she researched, the more she learned about the benefits of macadamias for the skin.

While there are other macadamia skin care products on the market, Ann noticed many of them were targeting older consumers. She quickly saw an opportunity to corner a different market segment. “Macadamia oil is highly effective as a preventative anti-ageing ingredient, so with Pure Nut, I’m trying to appeal to a younger audience as well,” she explains.

Ann says the research she conducted during the development of the range showed macadamia oil is effective at penetrating the skin’s deeper layers, making it a highly nourishing, restorative and anti-ageing ingredient. It’s also good for soothing sunburn, as she discovered recently after her 16-year old son returned home red and raw from a day’s surfing.

Her findings aligned with what Ann has experienced herself, after using Pure Nut Macadamia Face and Body Oil consistently for a year. “If I put a conventional moisturiser on my skin now, I can feel it just sits on the surface of my face, whereas macadamia oil soaks in and goes down to the deeper layers of the skin,” she says.

While Ann says she’s noticed a huge improvement in her own skin since using her products, she’s careful to seek out objective feedback as well. “I’ve had so many people trial the products and I’ve been ruthless in demanding totally honest feedback,” she says.

It seems her rigorous testing is paying off, with the broader market giving Pure Nut the thumbs up. “It’s early days, but so far pretty much anyone who tries it buys it,” she reveals.

The Leslies bottle the macadamia oil themselves, and outsource the rest of the formulation process to a Brisbane-based cosmetic laboratory. Her brief to them was that all the products had to be as natural as possible and contain 100% pure macadamia oil as the base.

The result is a completely natural skin care range, with no chemical additives. “Our Face and Body Oil is so natural you could eat it,” says Ann. “There’s not too many moisturisers that can claim that!”

Ann has included locally sourced manuka honey in several of the products, and this has a farming connection as well. “We have some beekeepers who keep bees on our farm during the macadamia flowering season, and they also have a farm with the bushes that produce manuka honey. Through that relationship, we’ve been able to source the most amazing manuka honey for our products, giving us another point of different. The honey and macadamia oil together is a really powerful combination.”

Other natural ingredients in the range include lavender and orange for fragrance, and crushed walnut shells in the Body Scrub. While cosmetic grade crushed macadamia shells aren’t readily available right now, Ann says it’s something she would like to explore down the track.

A teacher at heart

As a former teacher, Ann can’t help but want to educate people about the benefits of macadamias for the skin, and she sees this as an important factor for Pure Nut’s success. “Some people still resist the idea of putting oil on their face. This is especially true for people with oily skin who believe that applying an oil would make it worse, whereas it can actually help to balance the skin’s oil production. It’s similar to the way we’re all being educated about the benefits of eating good fats now,” she says.

Ann also wants to spread the message that with skin care, you don’t always get what you pay for. “When people go to a department store and pay a lot of money for a moisturiser or an eye cream, they tend to think that will guarantee a great product, without really knowing what’s in it,” says Ann. “But we want to show that you don’t need to pay a lot of money for a really powerful product.”

As a former retailer herself, Ann knows what makes a best seller, and at what price point. “All our products retail for less than $35,” says Ann. “While this is partly because we don’t use a huge cocktail of ingredients, it’s also because I wanted to create products that people are happy to buy as a gift, but would also purchase for themselves without feeling guilty.”

The power of story

Today’s consumers are increasingly interested in the story behind the food they’re putting in their bodies, and Ann believes the same is true for the products they’re putting on their skin.

In the food world, the term ‘Paddock to Plate’ is commonly used. Ann has coined an equivalent for the beauty world, using the phrase ‘Farm to Face’ to communicate the concept of skin care that is produced using ingredients from Australian farms, without chemical additives.

The concept is catching on, with stockists loving the fact the range is Australian, and the growing story behind it.

Communicating this has worked brilliantly at trade shows, with large format imagery of the couple’s sons in their macadamia orchard drawing would-be customers in. “Most people have no idea of how macadamias are grown. We show them images of nuts on the tree, the green husk, the brown husk, the nut in shell, and take them through the growing process. Everyone loves it!” she enthuses.

While Pure Nut is capturing the attention of Australian retailers, the Asian market is excited by the product as well. “We’ve been quite astonished by the interest we’ve had from Asia,” says Ann. “Asian markets want clean and green products, and they trust Australian producers. I’m also finding some Asian markets are more attuned to the benefits of using macadamia oil in skin care than many Australians are.”

Ann says part of a successful strategy for cracking the Asian market may involve labelling changes, and even different packaging specifically for that market. “The feedback we’ve had from potential Asian customers is they’d like to see greater emphasis on the Australian origin of our product. So we’ll be looking at calling that out more prominently,” she reveals.

While the couple’s passion for macadamias is at the heart of the Pure Nut business, just as important was involving their teenaged children in the product development process.

Ann also loves the fact that her product involves the broader macadamia community.

While the Leslies send the macadamias they grow to a processor in northern New South Wales, any broken nut fragments that cannot be sold as food are sent to Queensland where they are cold pressed to make macadamia oil. For beauty products the oil is further refined without the use of chemicals to remove any odour, colour, fatty acids and peroxides. Pure Nut products contain oil from a collective of macadamia farms in the Northern Rivers region. “I really like that,” smiles Ann. “It’s the bigger picture. It’s not just about us; it’s about all the local farmers and the fact that their product can be part of this too. We’re supporting the whole local industry.”

Poised for a big future

Within days of its February launch, Pure Nut attracted 15 stockists, with one selling out and reordering within two weeks. The brand is also available via the Pure Nut online retail store and the Leslies will be showcasing it at more trade shows soon.

Ann says the future of Pure Nut will comprise distribution growth, exporting, packaging tweaks and new product development – all backed by the many lessons learned so far.

The Face and Body Oil, Eye Cream and Lip Balm are emerging as the range’s best sellers, however Ann knows continued product innovation will be key to long-term success. “I already have ideas for new products and I’m constantly looking at what we’re growing here on the farm for inspiration,” she says.

With its efficacious products, beautiful branding and packaging, family focus and engaging origin story, Pure Nut has all the ingredients of a great Australian success story. Congratulations to Ann and Andrew on the launch of Pure Nut. We look forward to following this exciting story as it continues to unfold. 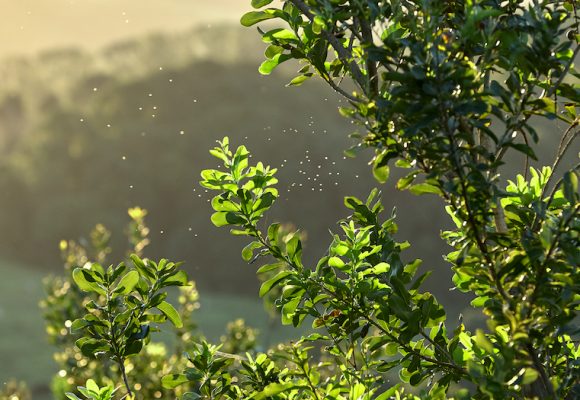 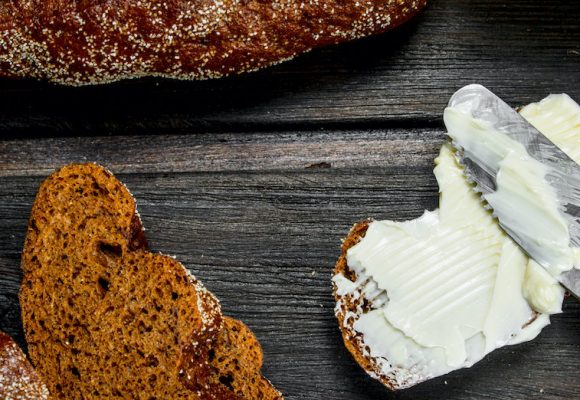