In February, the 2021 Australian macadamia crop was predicted to reach 50,770 tonnes in-shell @ 3.5% moisture (54,440 tonnes in-shell @ 10% moisture), according to a census-based forecast produced using scientific modelling developed by the Queensland Department of Agriculture and Fisheries. However, Australia’s east coast experienced extreme and prolonged rainfall during March and April.

Fortunately, the overall impact on Australia’s macadamia crop appears to be minimal at this stage, despite the widespread flooding endured in New South Wales, and associated harvest delays and infrastructure damage. While the full extent of the extended rainfall is still unfolding, in most regions the rains are expected to have a beneficial longer-term impact on mature orchards.

The global forecast for the 2021 season is 250,000 tonnes in-shell @ 3.5% moisture, an increase of 9%. However, this has been tempered by recent reports of weather impacting production in several growing regions. A firmer estimate will be available in the coming months. Macadamias South Africa (SAMAC) has estimated its 2021 crop at 57, 834 tonnes in-shell @ 3.5% moisture.

Overall global demand for macadamias continued to be impacted by COVID-19 in the 12 months to February 2021. However, with vaccinations on the rise and a loosening of restrictions in several countries, the year-to-date import data (July to February) is showing promising improvements in key markets, particularly Europe and China.

Australian kernel sales in the 12 months to February 2020 were up 1% compared to prior year, driven by solid sales in the domestic market, Japan, Korea and Europe.

Australian in-shell sales were 9,609 tonnes, a significant increase on prior year. This was in part driven by the faster post-COVID economic recovery in China and a strong Chinese New Year result.

Total new product launches using macadamias increased 3% in the 12 months to March 2021, despite the tumultuous impact of COVID-19. The snacking category represented most of the new product development using macadamias as an ingredient at 33%, with confectionery 16%, cereals 13% and bakery 12%. 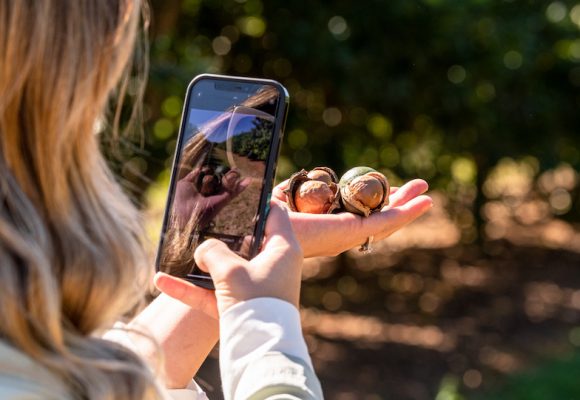 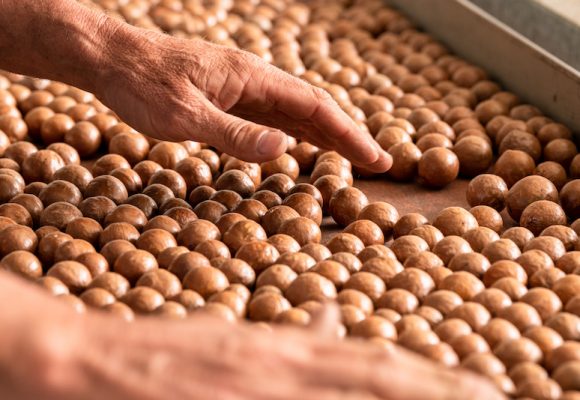